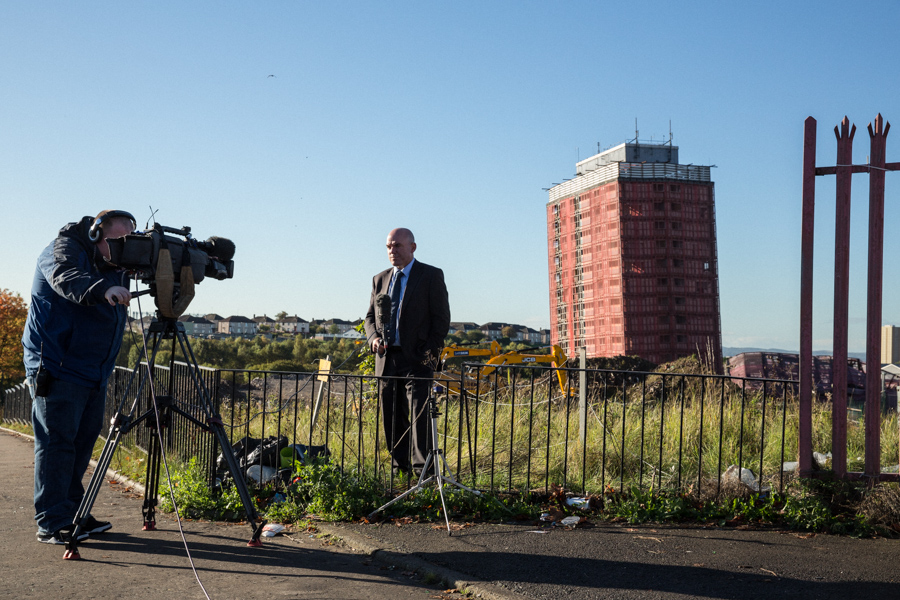 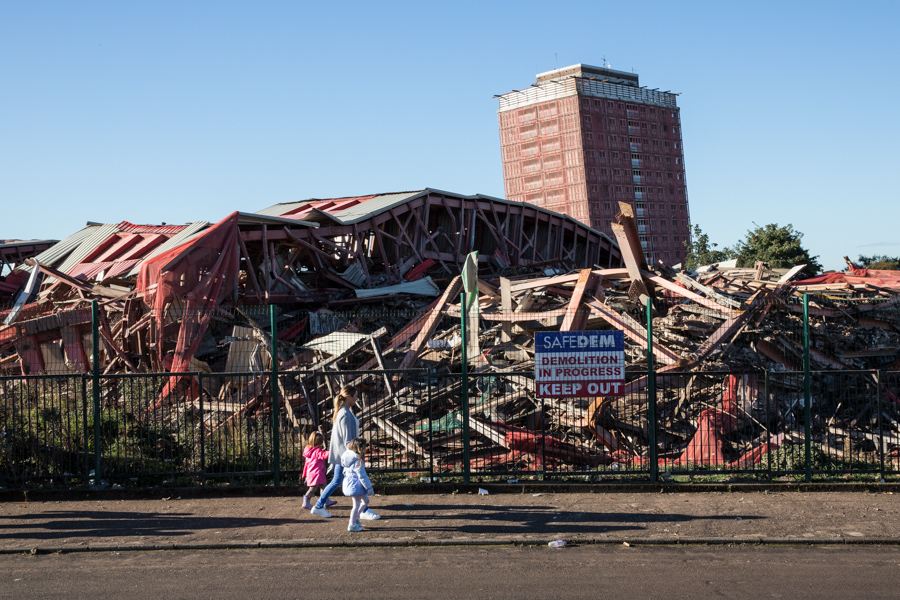 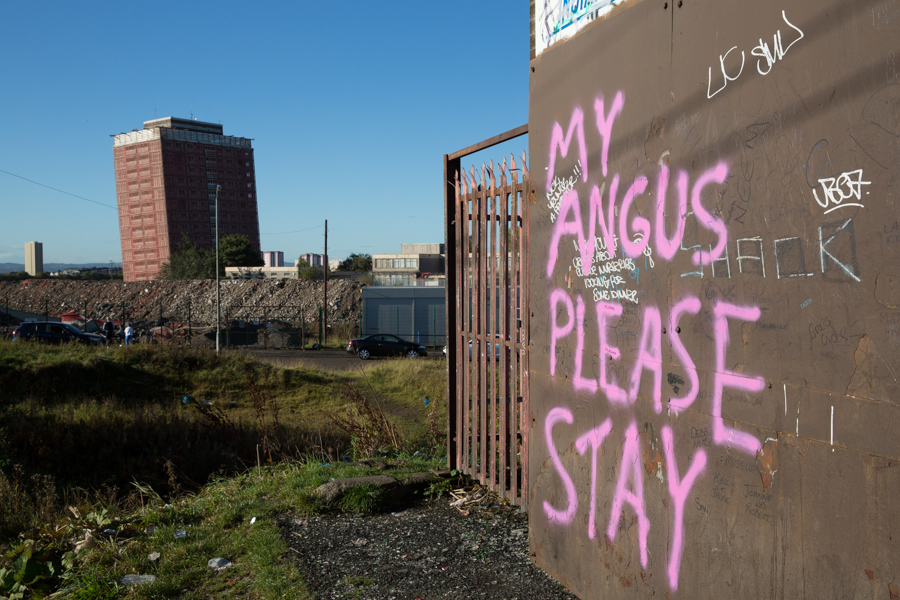 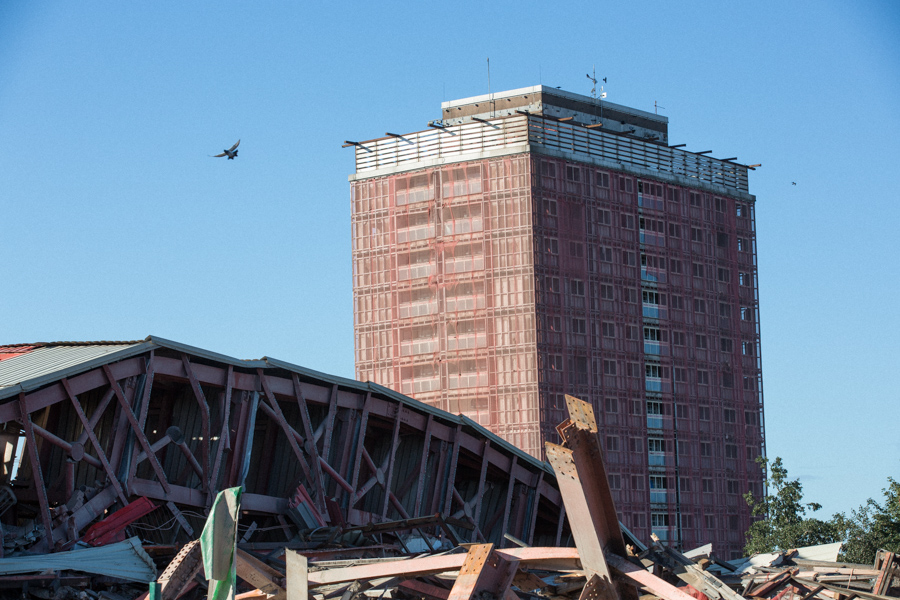 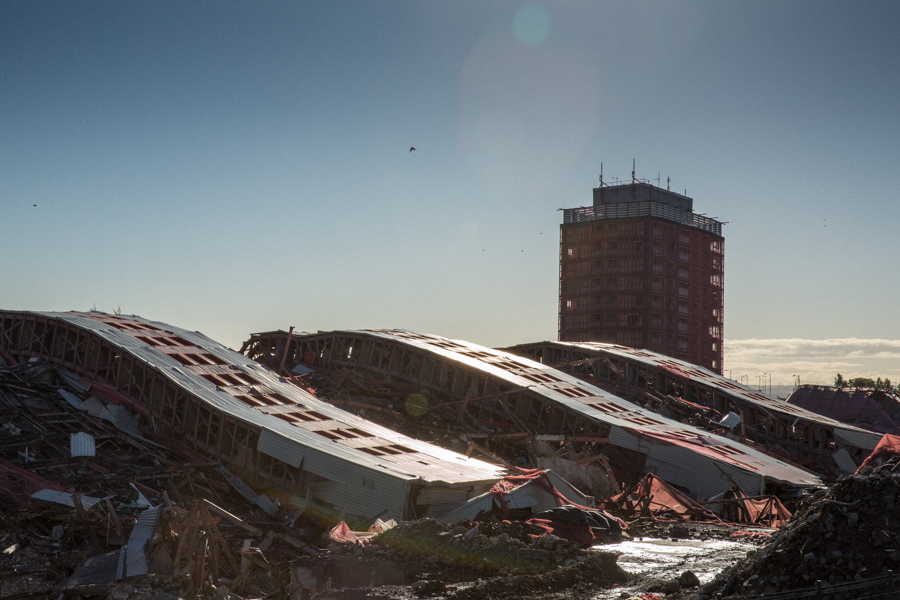 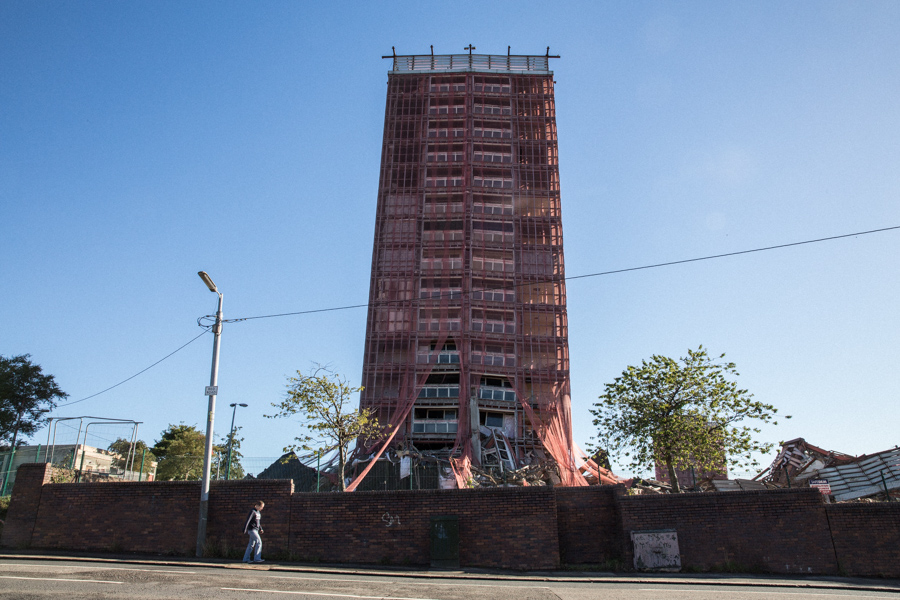 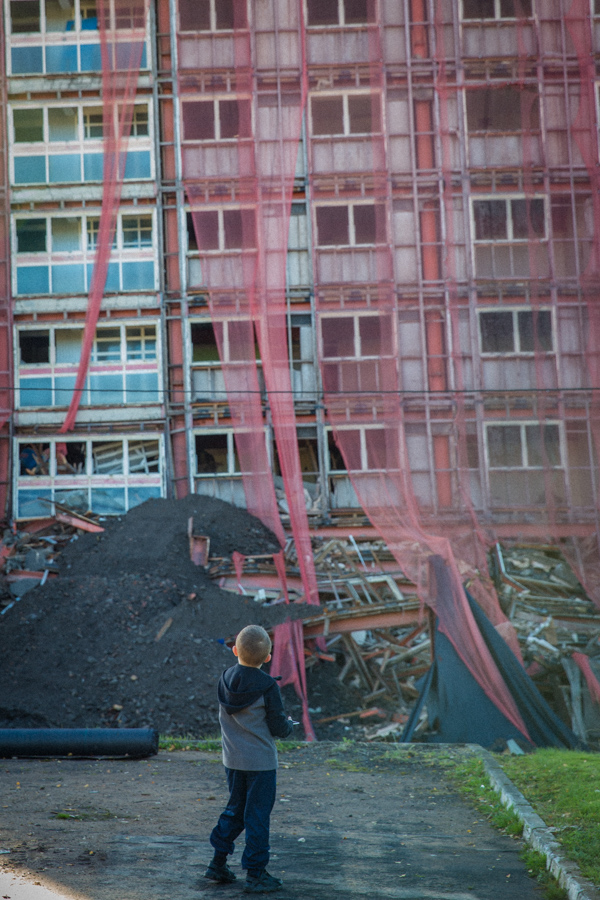 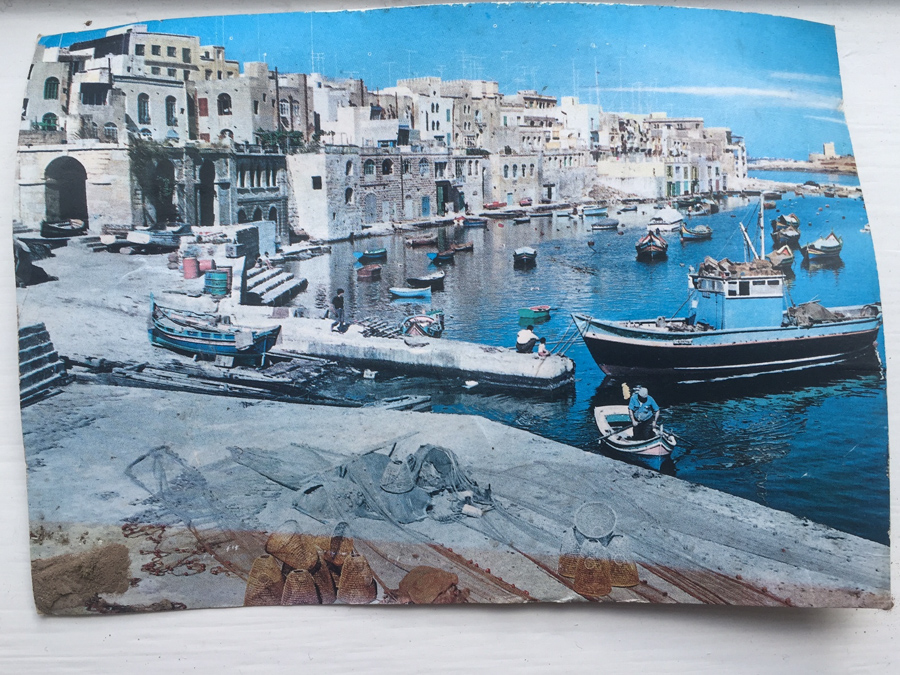 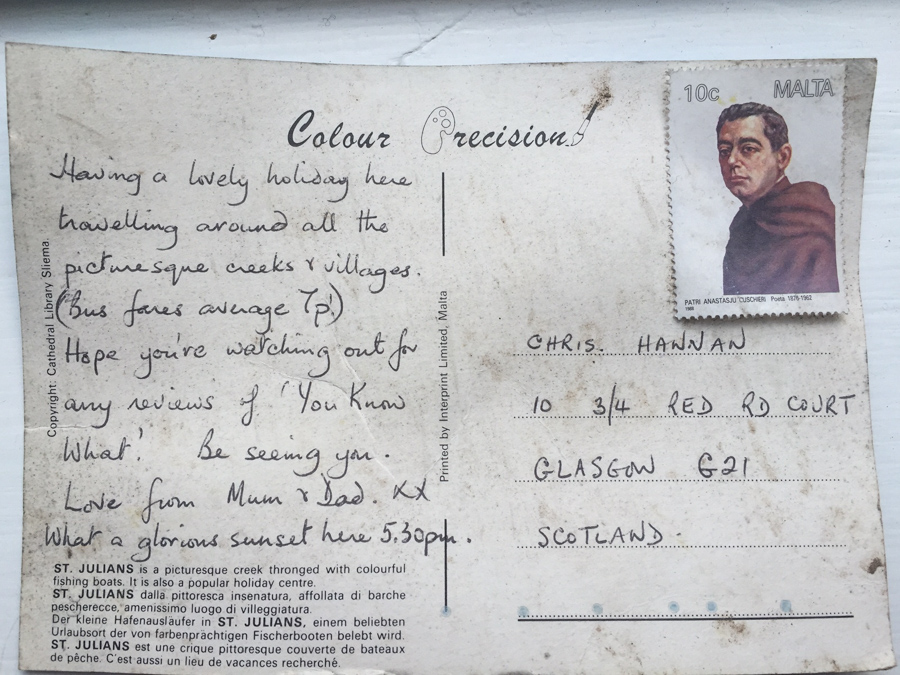 After 5 hours spent standing, waiting, watching for the demolition yesterday – I had presumed it was my last time seeing Red Road and my documentation would have come to an end.  But here I was again, cycling up to Red Road early this morning with cameras in my backpack looking to document the aftermath of a bit of a botched demolition.

It was a beautiful clear day at Red Road this morning – the demolition of four of the flats opened up the area and light was spilling in from new directions. The exclusion zones were gone and the roads opened, people commuted – normal service has resumed. There was little sign of dust – last nights rain had washed it away – but lying around on the ground and in the trees were torn pieces of the red mesh that once wrapped around the flats.

Punters stood by the Red Road burger van laughing and pointing at the two towers still remaining standing – albeit somewhat reduced in size – both at angles and both looking fairly precarious.  There was a trickle of photographers and press – but nothing compared to yesterdays Demolition Derby. The contractors were nowhere to be seen so you could get a wee bit closer to the site, perhaps closer than they would have liked. Some eager local residents joined in and wandered close to the partially collapsed towers.

As the staff arrived to start clear up we were ushered from the area. On exit I glanced down and picked up a postcard that was blown from one of the two surviving blocks. It was a holiday postcard from Malta – sent by a mum and dad to their son. It had a 10 cents stamp and mentioned bus fares being 7p so it must have been from a bygone era. A strange but fitting souvenir – a parting gift from the Red Road that symbolised just one family’s story from the thousands who had once lived here. Maybe it was fated to find it – and maybe my documentation of Red Road is not over?  The last two blocks stand defiant with all the destruction around them, as if to say the game’s not quite ‘a bogie’  – at least not yet…